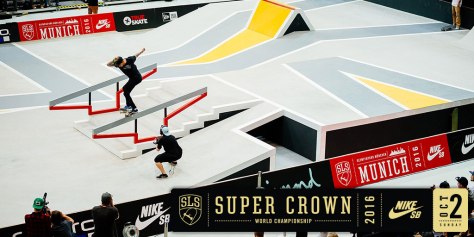 After its inaugural year in 2015, the Women’s Division returns to the SLS Nike SB Super Crown World Championship, hosting the best eight female skateboarders competing for the title of CHAMP.

For information and tickets to the event visit:
http://www.streetleague.com